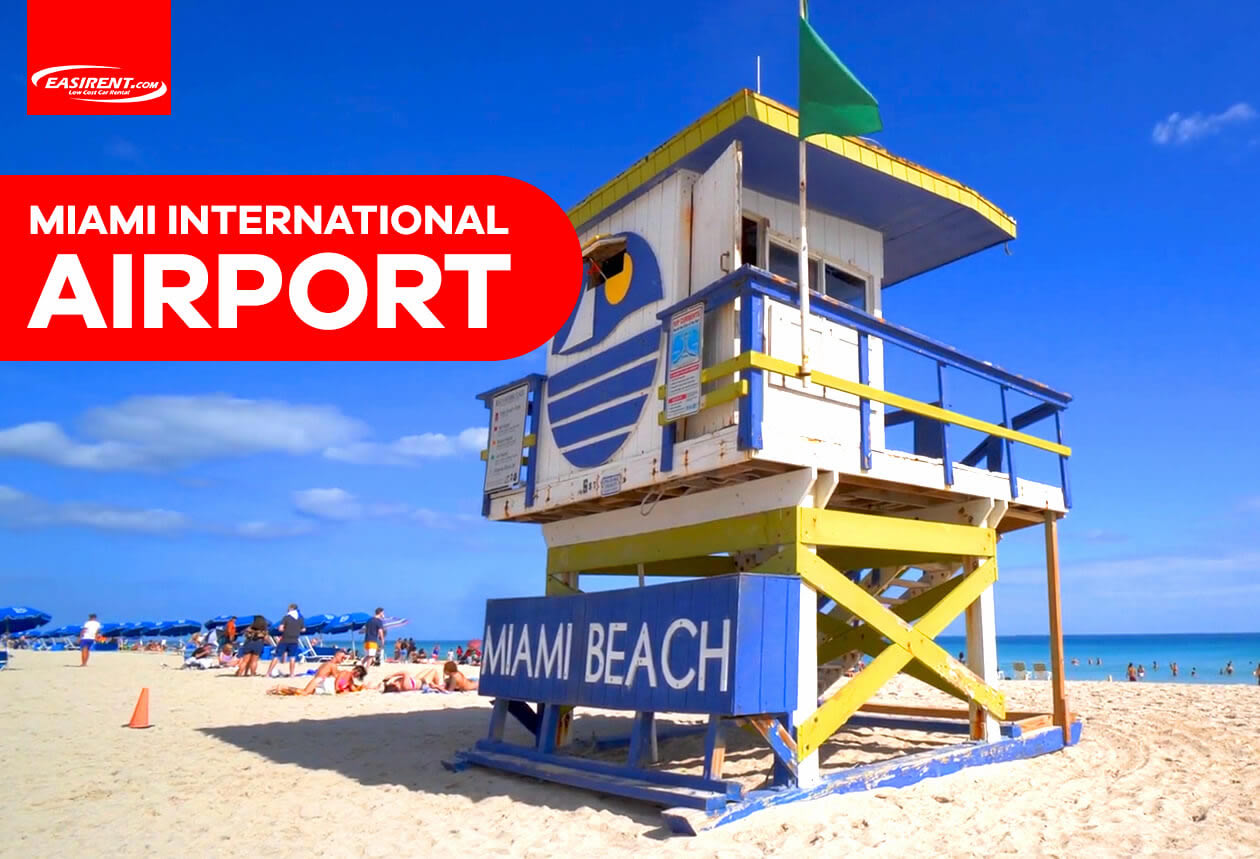 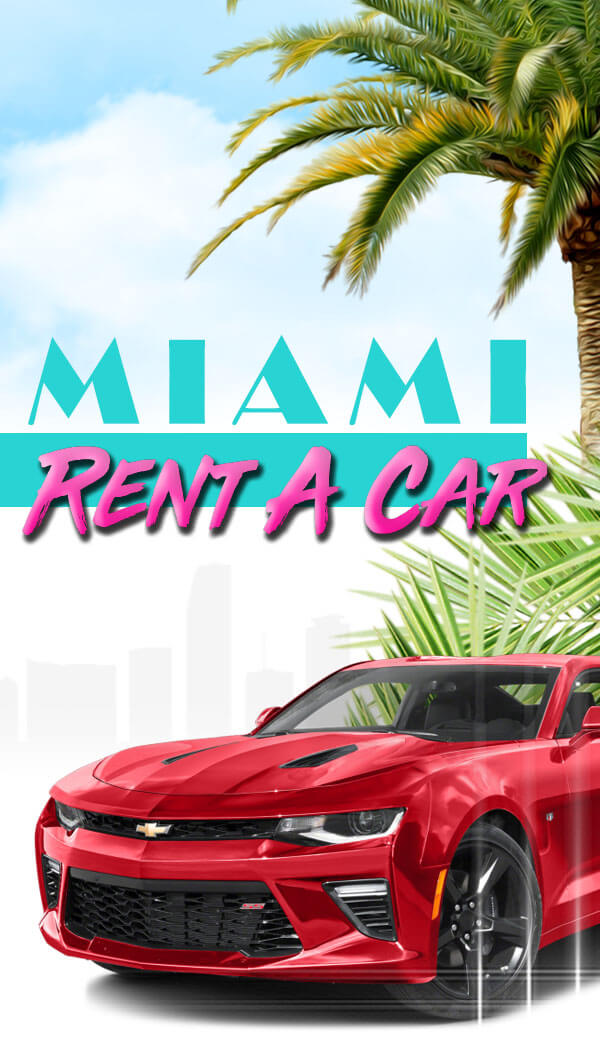 **We now Pickup and drop off at Miami Cruise Port Terminals**

Welcome from our branch manager

“A big warm welcome from the team at Easirent Miami Airport. My name is Chip and I’m delighted to offer you today a full range of rental vehicles available for pick up at our rental office located very close to Miami International Airport. If you are looking to rent a car then our website offers the lowest prices and highest availability for our new range of rental cars. From family cars to large SUVs, Tesla EV or business class executive models, we have the right car for you! We offer free pick up and return to Miami Airport via our shuttle bus service, making our rental service the best in the Miami area. Call me today on 786-358-6875 for more information about Easirent Car Rental Miami Airport.”

Easirent’s first 100% electric vehicle available for rent in Florida has a superb range of up to 315 miles on one charge.

The Model 3 comes equipped with Automatic Emergency Braking, a safety feature that automatically engages the brakes to avoid a frontal collision.

Tesla Model 3 is a safe and reliable vehicle to choose for your next rental in Miami. Awarded 5 stars by NHTSA it has proven to be both safe, reliable, and great fun to drive!

With limited availability on the Model 3, call our Miami Airport team on (786) 358-6875 who can advise you on rental options for this vehicle.

Collecting your car:
Arriving at Miami (MIA) Airport by air. Pickup procedure (Free shuttle bus service). Please call 786 358 6875 to arrange a shuttle, then follow signs to the rental car center. At the rental car, center follow the signs to shuttles and proceed outside to pickup area 1 or 2.

Returning your car:
Please return the car to Easirent and take the shuttle back to the airport.

“The Gateway to the Americas”, Miami is one of the biggest and most populous cities in the United States and is the entertainment capital of Florida. Energetic, vibrant and multicultural, Miami is the perfect mix of USA, Cuba and the wider Americas. Famed for its Little Havana community exemplified by cigars, fine rum, and beautiful classic cars, Miami is a tropic metropolitan paradise that could easily be its own country, never mind its own State. 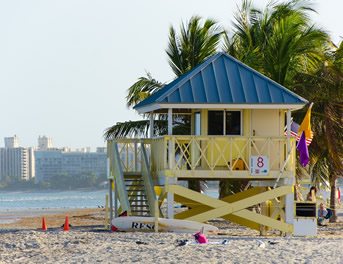 Served by Miami International Airport located a 20-minute drive from the Downtown region, Miami is a major tourist destination for residents of the United States and international visitors alike with a record-breaking 15.8 million visitors sampling Miami in 2016. Miami International Airport itself is one of the busiest airports on the planet, welcoming over 44 million passengers through its doors in 2016. Miami is also home to Port Miami, the biggest passenger port in the world.

Flanked to the North by neighboring city Fort Lauderdale, and to the East by the infamous Miami Beach region, Miami is also host to several smaller man-made islands that house everything from international business centers to 5-star hotels and public parks, as well as palm trees as far as the eye can see.

One of the southernmost points of the United States, Miami has year round sunshine with temperatures averaging around 76 degrees at its lowest in January, to around 91 degrees on average in July and August. Due in part to the local Everglades as well as its general climate, Miami is known for summer storms, so make sure to pack a good jacket alongside your sandals and shorts just in case.

So no matter your tastes, budget and interests, Miami has something to offer all visitors. Here is our pick of the best things to see, eat, drink and do in the “Capital of Latin America” – and be sure book your Miami Airport car rental with Easirent for the best price and outstanding service!

The Southern jewel of the “Sunshine State” Miami is home to a plethora of rental accommodation, from mega hotel structures to intimate motels and cheap guesthouses all catered to suit whatever needs and demands you may have.
If you’re coming from the North then there’s a good chance you’ll want to sample and bask in Miami’s glorious weather. 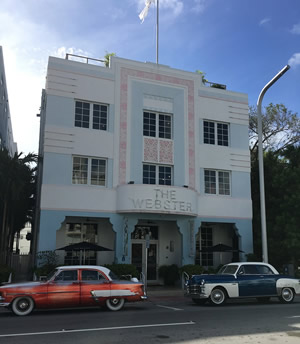 If so, you might want to stay in Miami Beach and get as much fresh sea air and unfiltered sunshine as you can get. Pick of the bunch is Fontainebleau, a 5-star hotel on the beachfront in the Mid Beach area of Miami Beach.
Offering its guests the choice of a huge pool complex or a dip in the ocean (being just a stone’s throw away from the beachfront) Fontainebleau is just a 25-minute drive from the airport, and a 20-minute drive from Downtown Miami.

The Mandarin Oriental Hotel is another 5-star slice of Miami luxury, situated on the man-made Brickell Key just off the coast of Downtown, Mandarin Oriental and the surrounding area is described by some as ‘paradise in the heart of Miami’. Equipped with its own pool, restaurant, and parking for guests, the Mandarin Oriental is a vacation within a vacation and is perfect for those making the trip of a lifetime, or those just wanting to escape from the world and live la Buena Vida.

For those who see vacation accommodation as little more than a place to rest your head and park your car then why not check some of the various guesthouses and cheap bed and breakfasts scattered throughout Miami. Miami Guesthouse is a 25-minute drive from Downtown and a 10-minute drive from Miami International so is perfectly situated for those who want to throw their bags in and get out and explore.

The Miami Princess Hotel is another small scale guesthouse perfect for those exploring Miami on a budget, offering free parking on site and situated a 5-minute drive from the airport, Miami Princess is the definition of convenience and perfect if staying close to the airport is a necessity.

Miami has an eclectic multi-cultural heritage which is reflected in its food and drink. From Spanish and Cuban classics to American staples and Japanese fusion, there are a ton of options to please even the trickiest palate. 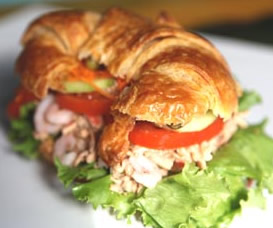 Puerto Sagua is another Miami institution that should be high on every visitor’s list. A fixture on Miami Beach since 1962, Puerto Sagua serves no fuss Cuban staples and comfort food – a 15-minute drive from Downtown Miami.

Those looking for a more up-market dining experience need look no further than the Capital Grille on the banks of the Miami River on the historic Brickell Avenue. With branches across Florida and the wider United States, the Capital Grille is a steakhouse with a difference, offering mouth-watering grilled goods and a hand-selected wine list to accompany the restaurant’s lunch and dinner menus.

Some nights you might want to leave the car at the hotel and grab a drink or two, and with Miami having such a strong Cuban identity there’s a great culture of rum and cocktails. Havana 1957 is a new chain that has sprouted up in Miami, with locations on Brickell Ave, South Beach and nearby Miramar amongst others.

Featuring over 150 (yes, 150!) varieties of rum and $5 drinks during happy hour, Havana 1957 is emerging as one of the top destinations in Miami. Another vital Miami nightspot is the Broken Shaker from celebrated mixologists Elad Zvi and Gabriel Orta which was voted one of the top 50 bars on the planet in 2016. Expect a calm relaxed vibe and hand mixed mojitos with a distinctly Cuban twist.

As a major international city, Miami is home to multiple shopping experiences catered for all tastes and financial resources. From shopping malls to boutiques and designer emporiums, Miami has it all.

Dolphin Mall is one of the most popular shopping destinations in all of Miami. A 30-minute drive from Downtown Miami, Dolphin Mall houses discount outlets for brands such as Neiman Marcus and Bloomingdale’s, alongside international fashion giants such as Armani Exchange and Polo by Ralph Lauren.

Dolphin Mall also boasts over 8500 free parking spaces in its spacious lot, as well as an inexpensive valet service if required. Mall of the Americas is another good sized mall in the Miami region, based a 45-minute drive from Downtown Miami. 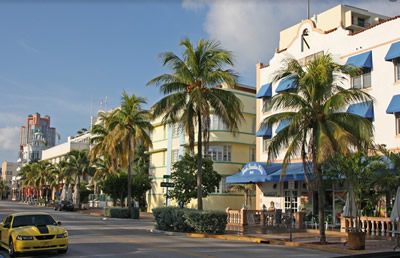 If you want to stay in the heart of Miami then look no further than the Shops at Midtown Miami. A 15-minute drive from Downtown in the Wynwood region, Shops at Midtown Miami include favorites like Footlocker, Target, and Toys R Us Express alongside fast-food franchises such as Five Guys Burgers and Fries. Back on Brickell Ave, you’ll find the Brickell City Centre shopping complex.

One of the highlights of Brickell City Centre is Addict – a popular boutique selling limited release sneakers from the likes of Adidas, Nike, New Balance and is said to be popular with stars such as Pharrell Williams and Lil’ Wayne.

There are plenty of attractions and activities to see and do in Miami, no matter your budget.

The Art Deco District in Miami Beach is one that should not be missed. Miami Beach and South Beach are both a 20-30 minute drive from Downtown Miami.

Little Havana, West of Marlins Park Downtown, is another place that should be high on your list. Experience the Cuban lifestyle as you drive down Calle Ocho, a haven for people watching Latin music, not to mention Cuban food and drink. 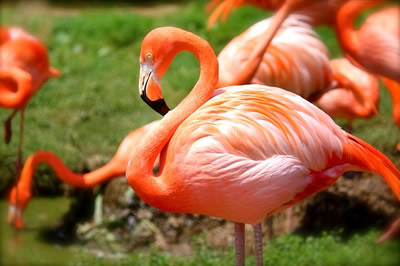 For the younger members of your party, a trip to Zoo Miami is in order. Home to everything from lions and meerkats to elephants and Galapagos tortoises, Zoo Miami is also a leading conservational center looking to repopulate and protect many of the Earth’s species. Located in South Miami, Zoo Miami is a 50-minute drive from the Downtown region.

Sports fans will want to check out the various teams operating out of the city, such as the high spending Miami Heat (NBA), legendary Miami Dolphins (NFL), Miami Marlins (MLB) and Florida Panthers (NHL) and is soon to be home to a Major League Soccer franchise headed up by David Beckham.