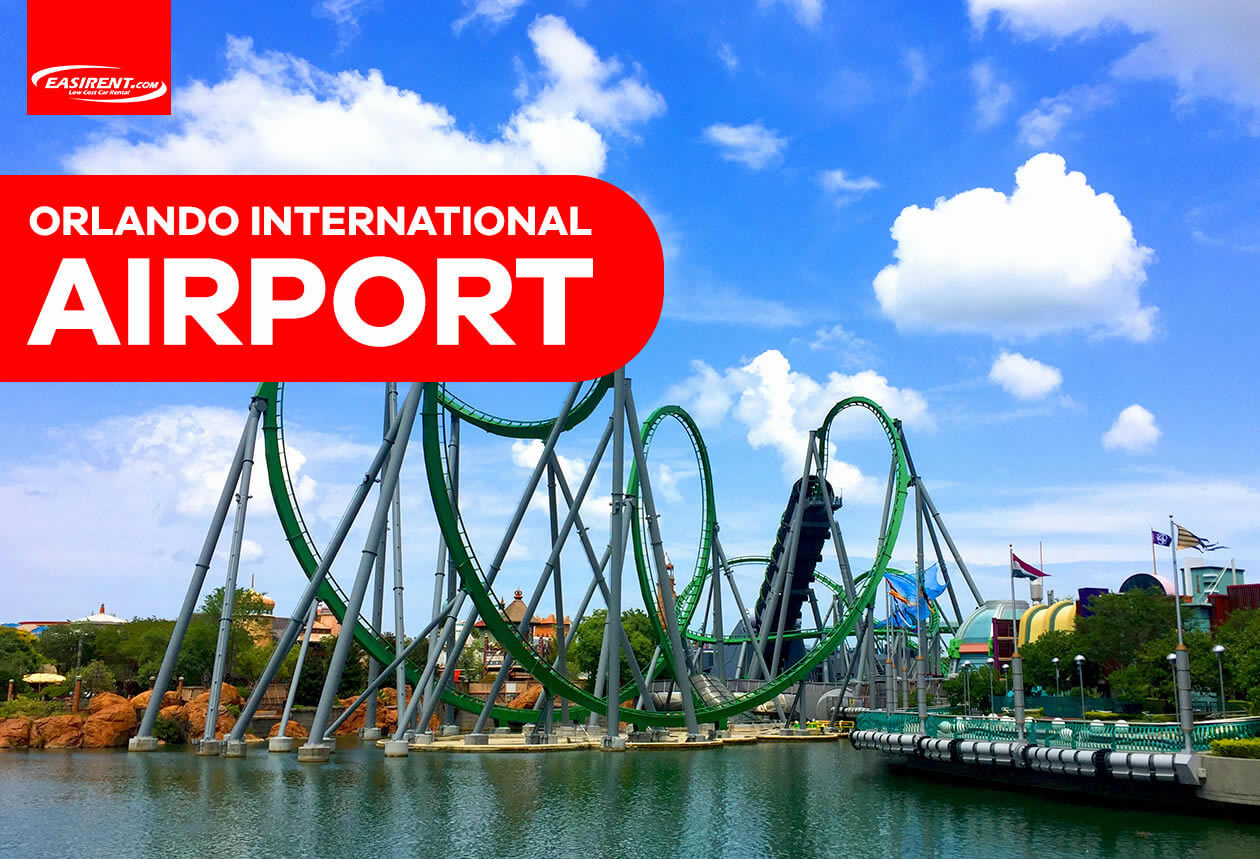 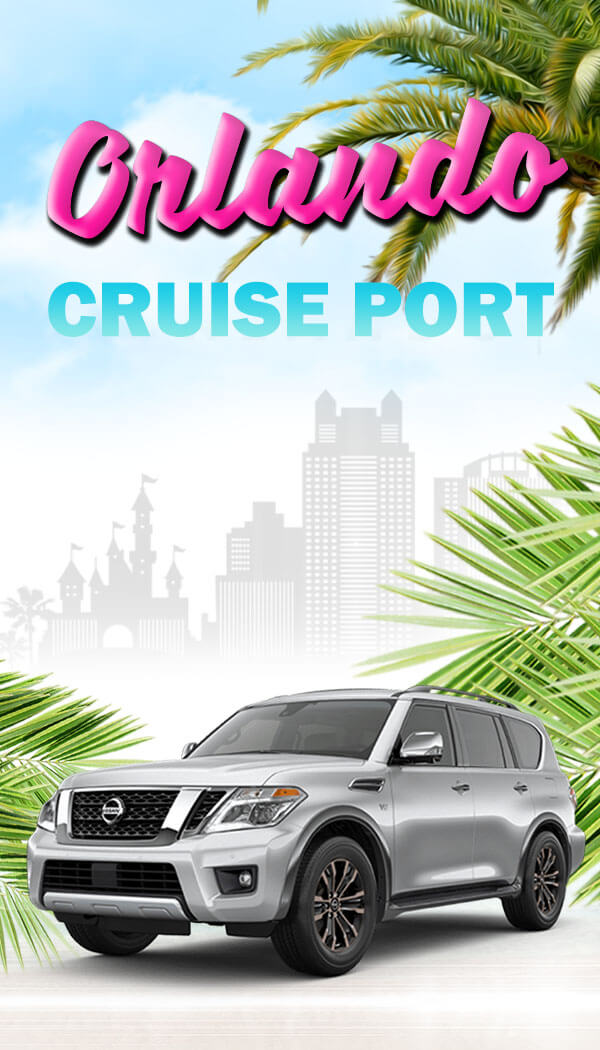 Welcome from our branch manager

As always, we offer the best service and lowest prices for all your car rental requirements (including new EV) in the wonderful sunshine state of Florida. For more information, you can call us today at 407-549-1020 or book directly with us on our website for your Orlando Car Rental. My name is Morgan and with my team, we welcome you to Orlando.

Easirent are excited to bring to new and eixsting customers the Tesla Model 3 (Extended Range) electric vehicle to our range of rental vehicles.

This 100% electric car has up to 315 miles on a single charge and is now available for rental at our MCO branch and other locations throughout Florida.

The Model 3 EV is also equipped with automated emergency braking, lane warning system and adaptive cruise control that can sense your car’s speed in relation to other cars on the road.

With a 5-star safety rating certified by the NHTSA the Tesla Model 3 is s a safe and reliable electric vehicle to choose for your next rental.

We have limited availability on the Model 3 EV so please call our Orlando Airport office on (407) 549-1020 who can advise you on rental options for this vehicle.

Collecting your car:
We offer a complimentary shuttle from the Orlando Airport to our facility. Once you have arrived and collected your bags please give us a call at +1407-549-1020 to arrange a shuttle. proceed to level 1 ground transportation A or B side. Once on Level 1, proceed to the designated rental car pick-up area at spaces A11, A12, A13, or B13.

Returning your car:
Please return the car to Easirent and take the shuttle back to the airport.

Arguably the tourist center for the whole of Florida (maybe even the entirety of the Southern United States) Orlando is part tropical haven, part family-orientated sensorial extravaganza. Home to some of the best theme parks and educational centers, Orlando is also a city full of multi-cultural pride, great eating and drinking and for those of you inclined, some of the nicest golf courses in the entire United States. 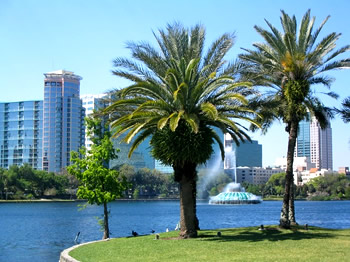 With average maximum temperatures around 22º (Celsius) at their lowest, and 33º at their highest, Orlando is a warm tropical getaway no matter what time of year you arrive.

So load-up the rental car from Easirent, grab the suntan lotion, and buckle up for our guide to the best that ‘The City Beautiful’ has to offer…

When it comes to accommodation, you are never short of options in Orlando, being a major hotspot for tourism ensures a healthy number of hotels, motels, and Holiday Inns no matter your budget needs or your party size.

If you’re in town for the family/Disney vacation of a lifetime then you may want to consider a stay at Four Seasons Resort Orlando. A five-star hotel experience, guests can expect warm welcomes and top of the line service, alongside standard amenities like free parking, swimming pool and lazy river, breakfast buffet, and air-conditioned rooms. One of the most well-regarded hotels in the city, Four Seasons is a 30-minute drive from Downtown Orlando and a 10-minute drive from Disney World’s main entrance.

To see the best of what Orlando has to offer, make sure you book your Orlando airport car rental with Easirent! We have the best prices and a large selection of cars all ready to be collected. 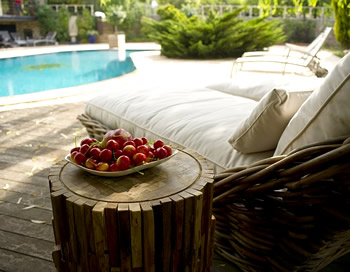 For those wishing to stay near to Orlando International Airport, then there are plenty of options offering completely different experiences. For those on a modest budget, then book a stay at Sheraton Suites Orlando Airport. A 5-minute drive from the airport, Sheraton Suites offer guests full use of their indoor/outdoor swimming pool and free wifi, with comfortable air-conditioned rooms and breakfast buffet.

For a closer and more luxurious stay, then look no further than the Hyatt Regency Orlando Airport. The closest hotel to the airport, the Hyatt Regency is a four-star hotel experience, complete with restaurant, swimming pool, and on-site parking available.

Sometimes though, you just want to be in the thick of the action and step out of your hotel and onto the street. Does this sound like you? Then check in to Aloft Orlando Downtown. A three-star hotel experience, guests are invited to take advantage of the on-site pool and air-conditioning, as well as room service if you feel like lazing about. Aloft Orlando Downtown is exactly as it sounds; Downtown. You’d struggle to find a more central hotel.

Known for fresh fish and delicious oranges, Florida offers guests all manner of cuisine, from Latin-influenced dishes to hearty American BBQ, there’s something for everyone regardless of taste and budget.

Yellow Dog Eats in nearby Gotha, is a laid-back haven of cheap delicious BBQ and good wines. Specializing in pulled porks, Yellow Dog Eats also offer a good amount of dishes for vegetarian diners, all to be washed down with wines costing anywhere from $6 to $200. A 22-minute drive from Downtown Orlando.

Often, your best bet when dining in a new city is to ‘eat where the locals eat’, so, therefore, head to Hot Krust Panini Kitchen. A 20-minute drive from Downtown Orlando, but handily placed in between Disney World and Universal Studios, Hot Krust Panini Kitchen believe in fresh delicious paninis and salads which are as wallet-friendly as they are delicious.

For those with a penchant for finer dining, then surprisingly you’re best heading to Disney World for some of the best dining in all of Orlando! Top of the list is Victoria & Albert’s, an establishment with a heavy emphasis on the finer things in life.

Everything from caviar to Kobe beef can be found as part of the 10-course dining experience, with alert and attentive staff on hand to ensure you leave with a full stomach and a wry smile. Victoria & Albert’s is a 40-minute drive from Downtown Orlando but is ideally situated for guests staying in the Disney resorts.

Back in the city, there’s the Dandelion Communitea Cafe. Serving up cheap delicious vegetarian and vegan dishes, Dandelion supports local and cruelty-free businesses, as well as ethical and organic farming methods. 100% plant-based, Dandelion is also a hub for Orlando’s ethical and new-age communities and is a 10-minute drive from the heart of Orlando.

To fully explore the best restaurants you may have to explore Orlando, a rental car from Easirent is a perfect choice – we pick you up from Orlando (MCO) airport, arrange your rental car and then take you back to the airport via shuttle once your vacation is over.

Breakfast aficionados will want to make their way to Keke’s Breakfast Cafe. “It’s like your hometown diner grew up and went to the city” is the company ethos, dishing out a plethora of gut-busting breakfasts and lunch dishes from 7 am ’til 2:30 pm every day. With many locations all over Orlando, you’re bound to be near one when you’re just hankering for some pancakes and bacon.

As a tourist hotspot, there are numerous opportunities for visitors to spend their hard-earned holiday savings. Whether it be a huge mega-mall, out-of-town outlets, or the multitude of gift-shops, here are some of our favorite shopping destinations in Orlando.

Chances are, the first thing you think of when it comes to American shopping destinations are the all-encompassing malls. They come in all shapes and sizes; the out of town mega-malls populated by gangs of teens and bored looking parents, the out-of-vogue older malls filled with independent traders and smaller chains, and the super-exclusive luxury malls. 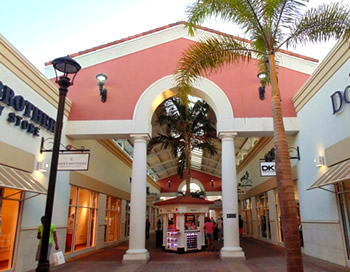 If you’re after good bargains on quality items then make your way to Orlando International Premium Outlets. Perfect for strolling in the sun, this outdoor outlet village features the likes of sportswear giants Nike and Adidas, accessories from Kate Spade and Claire’s, as well as a well-stocked food court, Orlando International Premium Outlets is your one-stop destination to satisfy any shopping itches you just have to scratch. A 12-minute drive from Downtown Orlando.

If you’re with the kids then you won’t need us to tell you that they’re suckers for a good gift shop. As you’d expect, all the major tourist attractions have great gift shops full of quality branded merchandise, limited edition items, and, let’s not kid ourselves, some overpriced tattoo. Take your pick from the gift shops at Disney, Universal Studios, the Wizarding World of Harry Potter, Legoland, Sea-World, the Kennedy Space Center and many many more.

Arguably, Orlando is most famous for being home to Disney World. Employing over 62,000 people across its four parks, Disney World is a massive financial boon to Florida’s economy and a massive draw for tourists. Comprised of the Magic Kingdom, Epcot, Hollywood Studios, and the Animal Kingdom, Disney World attracts an average of over 52 million visitors per year, cementing it as the most popular vacation destination on the planet.

Located just outside of Orlando, Disney World is a hit for all the family, especially the little ones, with a mixture of rides, attractions, fun and games, special events, restaurants, golf courses, even the kitchen sink! Disney World is a 35-minute drive from Downtown Orlando. 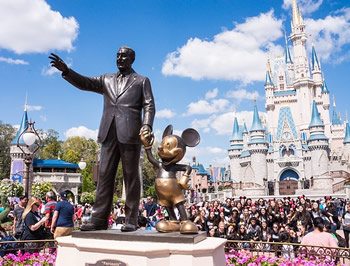 For the slightly older kids, there’s also Universal Studios Florida. Part of the Universal Orlando Resort, Universal Studios and it’s sister park Islands of Adventure are some of the most popular theme parks in the whole of the USA. Guests can experience white-knuckle thrills on the many roller coasters, indulge in Hollywood history, or even catch a performance by the World famous Blue Man Group. Universal Studios is a 22-minute drive from Downtown Orlando.

If the thought of Mickey, Goofy, and co. and roller coasters leave you feeling a little queasy, then don’t worry, as Orlando has far more going on than just the Magic Kingdom et al.

Sports fans will be well aware of the city’s NBA team the Orlando Magic. Established in the mid-80s, the Magic have seen some of the biggest names in NBA history don the famous blue jersey, such as Shaquille O’Neill, Penny Hardaway, and Dwight Howard among others. Orlando Magic play their home games out of the Amway Center, which is in the very heart of Downtown Orlando – a 4-minute drive from City Hall.

Orlando has also been home to an MLS franchise since 2013; Orlando City SC. Joining in with the growing popularity of soccer in the United States, Orlando City was set-up as part of the MLS Eastern Conference and soon recruited Brazilian football legend Kaka as the team’s first marquee player. Orlando City plays out of Orlando City Stadium, round the corner from Orlando Magic’s Amway Center.

Car Rental Orlando International Airport:
We hope you enjoy your stay in Orlando and with so much to see and do, we recommend you rent a car with Easirent at our Orlando Airport branch for the best experience! We have small and family size cars right up to luxury SUVs and when you book directly with us on our website you are always guaranteed the best price – we look forward to seeing you soon!